This webinar, aimed at Doctors in Training, will cover the management of cleft lip and palate, and facial trauma. Clinical case scenarios will be used to help increase understanding.

Vicky is the Clinical Director of the Cleft Network and a surgeon based at the Royal Manchester Children’s Hospital. She trained at Newcastle University qualifying initially in Dentistry in 1993 and intent on a career in maxillofacial surgery went on to qualify in Medicine with a Distinction in 1999. Early surgical training was in the North East of England with a subsequent move to the West of Scotland to join their highly regarded Maxillofacial Higher Surgical Training Program. After a year as a consultant in cleft and maxillofacial surgery at Salisbury District Hospital she moved to join the Maxillofacial Surgery units in Manchester and has been based at the Royal Manchester Children’s Hospital and and the Manchester Royal Infirmary since 2010. Her areas of special interest in Paediatric Oral and Maxillofacial surgery, Cleft Lip and Palate and Speech Surgery for non-cleft velopharyngeal insufficiency. 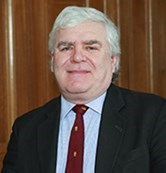 Mr Stuart Clark is a full time NHS Consultant in Oral & Maxillofacial Surgery in Central Manchester. He was elected to Council in 2016. He is actively involved in examinations, education, the Regional Advisory Network and International Medical Graduates.