This webinar is suitable for dentists and members of the dental team with an interest in removable prosthodontics and will aim to demystify the process of designing better dentures for our patients. 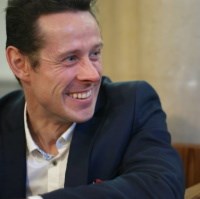 Dr Guy Lambourn is a Consultant, Specialist in Fixed and Removable Prosthodontics at Peninsula Dental School, University of Plymouth.

Guy qualified with BDS from the London Hospital in Whitechapel in 1996 and gained mhis MClinDent with distinction in 2003 and his MRD in 2004, becoming an accredited Specialist and taking up the role of a Clinical Lecturer at The Eastman Dental Hospital. He worked for twelve years in a specialist private practice in Suffolk and as an Expert Witness for dento-legal cases until 2018. During this time, he returned to the London Hospital, initially as a Clinical Lecturer and later as a Senior Clinical Lecturer overseeing undergraduate and postgraduate programmes.

He has been an examiner for the IQE and the ORE. Currently he is a Core Group Examiner for the LDS and an examiner and Question Bank Manager for the MRD in Prosthodontics for the Royal College of Surgeons Edinburgh. He took up his current position at Peninsula Dental School in March 2018, where he is the Clinical Lead of the Truro Dental Education Facility and joint Programme Lead for the 4th year BDS programme. 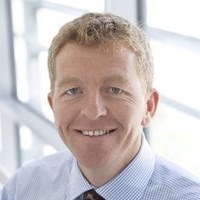 Ewen qualified with a Bachelor of Dental Surgery from the University of Edinburgh in 1993 and joined the British Army as a Dental Officer in 1995. During his military career he served as Senior Dental Officer in Afghanistan and for 2 years on Loan Service to The Sultan of Brunei’s Armed Forces. After 6 years of General Dental Practice experience in the military he undertook three years of Specialist Training in Periodontology at The Eastman Dental Hospital in London, passing MClinDent with distinction. Following this he completed 3 years of training at Guy’s Dental Hospital in order to become an accredited Restorative Consultant(2009).

He took up his current position in Peninsula Dental School in September 2012, where he is Director of Clinical Dentistry and Deputy Head of School. He has been an RCSEd MFDS examiner for over a decade and former RCSEd regional advisor (SW England).

If you missed the live webinar or would like to watch it again a recording will be uploaded here in the days following the live event.