A multidisciplinary approach to paediatric airway malacia and non-invasive ventilation

Aims:
This webinar will provide an update on the latest thinking in pathology and management of paediatric airway malacia and non-invasive ventilation. 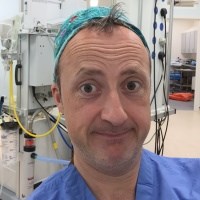 Haytham Kubba graduated from the University of Newcastle upon Tyne and trained in Glasgow. He spent time as a research registrar at the Medical Research Council’s Institute for Hearing Research and as clinical fellow at Great Ormond Street Hospital in London. He has been a consultant in children’s ENT in Glasgow for 17 years and is an Honorary Associate Professor in Child Health at Glasgow University. He established Scotland's National Service for Paediatric Airway Reconstruction Surgery in 2006. He has recently returned from an 18-month sabbatical at the Royal Children’s Hospital in Melbourne. His clinical interests are neurodisability, head and neck malformations and airway surgery. He has published over 130 research papers, with current projects on biomaterials for tracheal stents, obstructive sleep apnoea and balance. 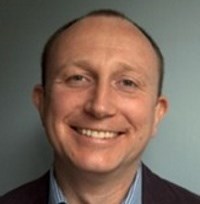 Iain has worked as a Consultant Paediatric Otolaryngologist at the Royal Manchester Children’s Hospital (RMCH) since 2009 and is the Honorary Professor of Paediatric Otolaryngology, University of Manchester. He is a member of the Standing Scientific Committee of the European Society for Pediatric Otolaryngology (ESPO). Iain is an active researcher, holding several NIHR grants and regularly contributes by invitation to Paediatric ENT & Cochlear Implant conferences and meetings. His research interests compliment is clinical subspecialisations and include: hearing loss, CI, BAHA, cleft palate, airway obstruction and Mucopolysaccharidosis. He is Editor-in-Chief of the Cochlear Implants International journal.

This webinar will be eligible for 1 CPD point.

If you missed the live webinar or would like to watch it again a recording will be uploaded here in the days following the live event.