The College has an elected SAS Member that sits on the College Council and also on the SAS Committee with a view to represent the views and requirements of our SAS membership, within the College and externally. 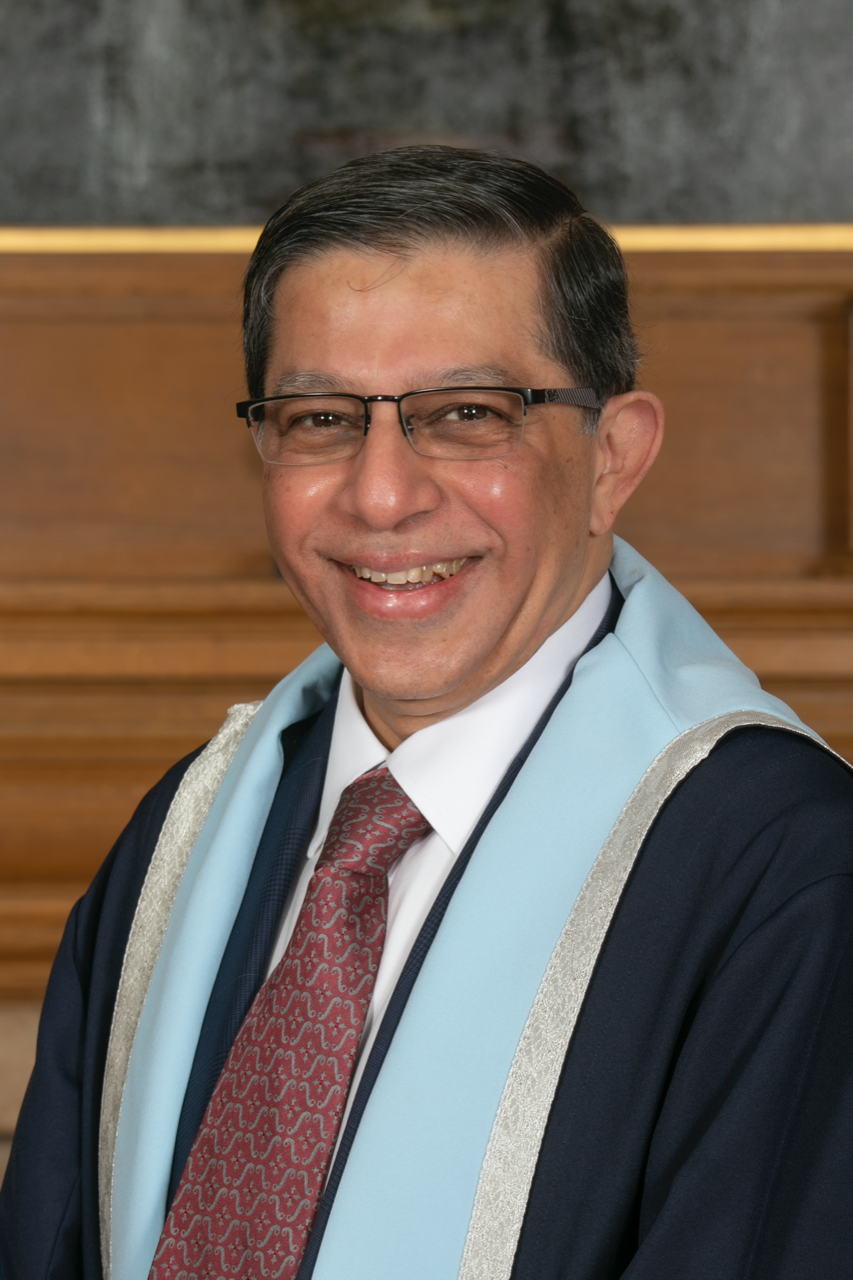 Majid has been a Fellow of RCSEd since 2000, he joined the SASLC Committee in May 2016 and is also a member of the Cardiothoracic Surgical Specialty Board. He works as a Cardiothoracic Transplantation Specialist and leads the Cardiothoracic Organ Retrieval Service at the Queen Elizabeth Hospital in Birmingham. He has been Trust’s Clinical Tutor for SAS doctors since 2010 and oversees their professional development. He is a Council Member of the Royal College of Surgeons of Edinburgh and is the current Chair of the SASLC Committee. Majid has a keen interest in teaching and training, and completed a PGCE in Health Education from the University of Birmingham and is a GMC accredited Clinical Supervisor as well as an Appraiser for the Trust. He was awarded an MBE by Her Majesty the Queen for his services to transplant patients.

Members of the SAS Committee are:

Helen Jones is a specialty doctor in colorectal surgery in Oxford. After training in the Mersey region, she had a ten-year career break away from medicine, including five years of further study and travel and five years working as a statistician. She then returned to a medical career and has been a specialty doctor since 2015. She is a SAS tutor, working to develop SAS doctors locally. She is also involved in research and post-graduate medical education. 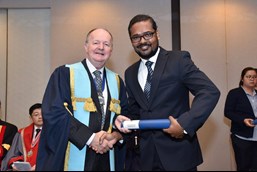 Lasitha Bhagya Samarakoon, MBBS (Col.) MRCS (Eng. & Edin.) M Med (Surg) (NUS.) ChM- Surgery (Edin.) FRCSEd (Gen), completed his basic medical training in Sri Lanka and general surgical residency training in Singapore and obtained fellowship from the Royal college of Surgeons in December 2020. He has been active in clinical surgical practice, medical education and clinical research for more than a decade. His involvement in numerous research projects both local and international has earned numerous publications in peer reviewed journals, abstracts at national and international conferences (Addendum 1). In addition academia, he is a tutor for the Royal College of surgeons England, taking part as teaching faculty in numerous surgical courses as well as surgical tutor for numerous surgical courses conducted by university of Edinburgh.  He is also currently a member of the specialty board for General surgery in Royal College of Surgeons Edinburgh. Apart from the busy surgical and academic practice he is also an avid chess player, a reader and aviation enthusiast. He has special interest in understanding human factors in errors, and simulation for training, both of which he strongly feels that has the potential to be successfully utilised in surgery similar to aviation industry.

Mamun Dornseifer is currently working as a Trust grade doctor in the department of General Surgery at North Middlesex University Hospital NHS Trust, London. He has previously worked for Barts Health NHS Trust and Kings College Hospital NHS Foundation Trust. He currently is a BMA Local Negotiating Committee (LNC) Representative at North Middlesex Hospital. He has a keen interest in emergency general surgery and trauma surgery, as well as collaborative surgical research and teaching of medical students and Foundation Year-grade junior doctors.

Mr Paul Z Yang, is a Specialty Doctor in Vascular Surgery at NHS Lanarkshire. After initial medical training, he underwent a period of full-time research, gained MSc (Med Sci) and PhD degrees in cardiovascular science at the University of Glasgow. He was appointed as a Specialty Doctor in 2018. Mr Yang has developed interests in surgical education and research over the years. He is an Honorary Clinical Senior Lecturer at the University of Glasgow, supervising both undergraduate and postgraduate students. He is also a Tutor for the MSc in Surgical Sciences at the University of Edinburgh. He holds a Diploma of the Membership of the Faculty of Surgical Trainers (MFSTEd). Mr Yang has been sitting on several committees representing SAS doctors nationally. He is  Deputy Chair of the SAS Committee at BMA Scotland. In addition to his role at the SASLC Committee, he also represents SAS on the Surgical Specialty Board (SSB) in Vascular Surgery at the RCSEd.

Mr Sanjit Das is a Urology Associate Specialist from the South West of England. He is actively involved locally and regionally in SAS matters and looks forward to  getting involved with the College to help his SAS surgical colleagues.

Mr Ajay Bajoria is an Associate Specialist T&O at University Hospitals of Derby and Burton. He is the SAS lead at Queens Hospital, Burton and also SAS representative at the PG School of Surgery, West Midlands. Mr Bajoria has a keen interest in SAS matters and is part of JLNC and LNC at UHDB FT. He has worked as LED, SAS and Locum Consultant, therefore has experience of issues faced by colleagues in these grades. He is very much interested in teaching and training and has completed a PGCE in Healthcare Leadership including medical education. Mr Bajoria is an educational supervisor for trainees. His qualifications include MS Orthopaedics from India, MSc Surgery of Trauma from Birmingham, MCh Orth. from Liverpool and FRCS Ed.T &O.

Mr. Daniel Odhiambo Ochieng’,LIMIS, BSc Anat(Hons), M.B.Ch.B., MCS(ECSA), FC Neurosurg(SA), FRCSEd(Neuro.Surg),  is a Kenyan, South African and British trained neurosurgeon and spine surgeon. With an original background in information technology and artificial intelligence prior to medical school, he was attracted to the similarities between information networks and the nervous system. He developed a keen interest in medical education and has been involved in anatomy teaching as a prosector and demonstrator in human anatomy for medical, dental and pharmacy students. On completing medical school, he then undertook his initial neurosurgical training in Cape Town, South Africa and undertook a traveling fellowship in paediatric neurosurgery at the Boston Childrens’ Hospital in Boston, Massachusetts in the USA.  He then moved to the UK and undertook a paediatric neurosurgery fellowship at Kings College Hospital in London, and Orthopaedic Spinal Fellowship at the Royal London Hospital, Barts NHS Health Trust. He has also been a Locum Consultant in Paediatric Neurosurgery at the John Radcliffe Hospital in Oxford. Daniel is currently the Sir Hugh Cairns RCS approved Complex Neurosurgical spine fellow at the Royal London Hospital. He has a keen interest in improving the welfare and wellbeing of SAS and Locum doctors, especially surgeons in the NHS. 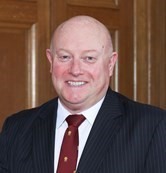 Mr Tim Graham, RCSEd Vice-President, is a Consultant Cardiothoracic Surgeon and Senior Lecturer in Clinical Surgery at the Queen Elizabeth Hospital Birmingham, University of Birmingham and Royal Centre for Defence Medicine UK and a Civilian Consultant Cardiac Surgeon to the British Army. He’s a joint founder of the National Birmingham Review course in Cardiothoracic surgery and the National Birmingham Professional Development Course. He’s also a joint founder and convenor of the Asian Cardiothoracic Surgery Specialty Update Course (ACSSUC). Received Honorary Fellowship of Indian Association of Cardiothoracic and Vascular surgeons in 2011 and Distinguished Surgeon Award from Academy of Medicine Singapore in 2013.

If you are an RCSEd member in an SAS or Locum grade, please help us to communicate relevant information to you by ensuring your profile is up-to-date.

Guidance and information from the RCSEd on CPD and Revalidation are available. External guidance on applying for the Specialist Register, contract information and more, are available below.

If you require any information relating to the Committee's activities, please e-mail saslc@rcsed.ac.uk.