Results of the 2020 RCSEd Council Elections

After a recent ballot of the College’s Members and Fellows, the College is pleased to announce the appointments to Council. Ms Anna Paisley and Mr Tim Graham have both been re-elected for a further five year term.  Ms Claire Edwards and Professor Nirmal Kumar have both been elected for a five year term and Mr Bassam Al-Kari has been elected for one year to cover the vacancy due to Clare McNaught becoming Honorary Secretary.

Ms Edwards, Professor Nirmal and Mr Al-Kari will take up their positions at the College’s Annual General Meeting on Friday 13 November 2020. 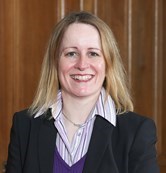 Ms Anna Paisley has been re-elected for a further five year term. Ms Paisley is a Consultant General and Upper GI Surgeon at the Royal Infirmary of Edinburgh. She has a particular interest in surgical recruitment, training and assessment. She was Regional Surgical Adviser for South East Scotland for four years, is current Year One Director of the Edinburgh Surgical Sciences Qualification and was elected onto Council in 2015. 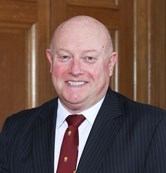 Mr Tim Graham has also been re-elected for a further five years. Tim is a is a Consultant Cardiothoracic Surgeon and Senior Lecturer in Clinical Surgery at the Queen Elizabeth Hospital Birmingham, University of Birmingham and Royal Centre for Defence Medicine UK and a Civilian Consultant Cardiac Surgeon to the British Army. He’s a joint founder of the National Birmingham Review course in Cardiothoracic surgery and the National Birmingham Professional Development Course. He’s also a joint founder and convenor of the Asian Cardiothoracic Surgery Specialty Update Course (ACSSUC). Received Honorary Fellowship of Indian Association of Cardiothoracic and Vascular surgeons in 2011 and Distinguished Surgeon Award from Academy of Medicine Singapore in 2013. 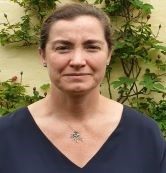 Ms Claire Edwards is elected for a five year term. Claire is a has been a Consultant Hand and Trauma surgeon at Norfolk and Norwich University Hospital since 2010. She is Chair of the Trauma and Orthopaedics Surgical Specialty Board and sits on the Research and Awards Committee of the Royal College of Surgeons of Edinburgh. Claire is Director of Core Surgical Education for HEEoE, a member of the Trauma and Orthopaedics ST3 National Selection Design Group and is active in research. 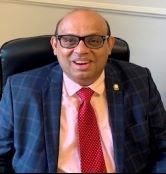 Professor Nirmal Kumar is President for ENT UK and Consultant ENT surgeon at WWL Teaching NHS Foundation Trust where he is also Director of Medical Education. Regionally, he leads the ENT North West research network (GM CRN) for NIHR in addition to being Honorary Clinical Professor at Edge Hill University Medical School where he leads a MCh programme in otolaryngology and is UG clinical lead. He is FRCS (ORL) examiner and Founding Member of the Faculty of Surgical Trainers Royal College of Surgeons Edinburgh, Fellow of Confederation of British Surgery, the Indian Academy of ORL-HNS, and Academy of Medical Educators. He is MD, MCh, PhD examiner for several Universities in the UK and abroad, delivered invited lectures around the world and has published extensively in the medical literature. 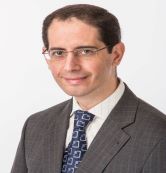 Mr Bassam Al-Kari has been elected for one year to cover the vacancy due to Clare McNaught becoming Honorary Secretary. Mr Bassam Al-Kari specialises in complex liver, pancreas and biliary surgery with a specialist interest in advanced laparoscopic surgical techniques. Mr Al-Kari contributed to the establishment and development of the HPB MDT, the introduction of a one-stop gallstone clinic and the chronic pancreatitis clinic at Aberdeen Royal Infirmary. Mr Al-Kari holds an academic appointment at the University of Aberdeen as a senior lecturer and is a member of the board of examiners at the Royal College of Surgeons of Edinburgh.