A Tribute to Duncan Maclean

The Royal College of Surgeons of Edinburgh are saddened to hear the loss of Duncan Maclean. Retired Consultant Surgeon and RCSEd Fellow Andrew Sim pays tribute to Duncan in this moving obituary.

Duncan Maclean died on the 14th April 2022; he was the archetypal rural general surgeon. He was committed, resourceful and embodied all the qualities needed to provide high quality surgical care for the people of the Outer Hebrides.

Born on 9th September 1939 in Lochcarron on the northwest coast of Scotland he was educated locally and in Dingwall Academy. Before starting university in Edinburgh, he contracted polio, this experience led him to change from science to medicine. He trained in Edinburgh, Glasgow and Great Ormond Street and was a Fellow of the Royal College of Surgeons of Edinburgh. In Edinburgh he met Annabelle Maciver, they married in Inverness in 1968.

Early in 1978 he became consultant surgeon in the Lewis Hospital in Stornoway. For the next 20 years he was single-handed. The variety of operations he performed is unimaginable for one person in today’s NHS; orthopaedics, urology, paediatric surgery, gastrointestinal, breast and whatever was left of general surgery. Mainland colleagues knew and respected him, and he faced little difficulty getting patients referred for more specialised care. Life as a single-handed surgeon was never easy, and communication before mobile phones was difficult. Peat cutting was a normal early summer Maclean family activity, so his car with a large radio phone, had to be parked in audible distance from the peat bank, on one or two occasions when sailing a fluttering white sheet in an upstairs window signalled the need for him to return to dry land and a runner was needed to summon him from the golf course. His only relief from on call was to get a locum and leave the island. For years these locums were senior registrars from the Department of Surgery in Glasgow Royal Infirmary. But there were rewards; one a salmon, transported in a black bag under the coat of a grateful patient, turned up in the unlocked boot of his car.

With the opening of the new Western Isles Hospital in 1992 life changed - a new modern hospital and an orthopaedic colleague; with the passage of time, in the late 1990s, the argument for a second consultant general surgeon was won. He was instrumental in the establishment of a senior house officer rotation and many trainees have fond memories of their remote and rural surgical experience. He recognised the need to deliver the surgical service closer to the patient and undertook domiciliary visits, surgical clinics in Harris and shared in the twice monthly visiting overnight outpatient and operating sessions in the Uist and Barra Hospital in Benbecula.

He was a longstanding and enthusiastic member of the Viking Surgeons Club, an organisation bringing together surgeons from Rural General Hospitals in the Highlands and Islands of Scotland, rural areas of Northern Ireland, the Isle of Man, Iceland and the Faroe Isles. In the Club he was much respected and widely regarded as an effective role model. From its inception and opening in 1992 he was closely involved with the Stornoway Bethesda Care Home and Hospice. He served on its Board and was Chair for 6 years. His charitable work was remarkable and no less so than when, because of his exceptional fund-raising abilities, he was, bed pan in hand, the chosen patient for hospital bed pushes around Stornoway.

After retiral from the Western Isles Hospital in 2004 he had time to pursue medical mission work, taking himself and Annabelle to Bangladesh on five occasions, Cambodia and Nepal; he went on to chair the Western Isles Free Church Mission Support Group. Duncan was deeply respected for his strong Christian faith and was a Deacon and Elder in Buccleuch and Greyfriars Free Church in Edinburgh and the Free Church in Stornoway.

Duncan Maclean was a kind, quiet, unassuming man who through his care, compassion and humility gained respect from all quarters of his community. As a colleague he will never be surpassed. He is survived by his wife Annabelle, three children Catherine, Alasdair and Hamish, and six grandchildren. 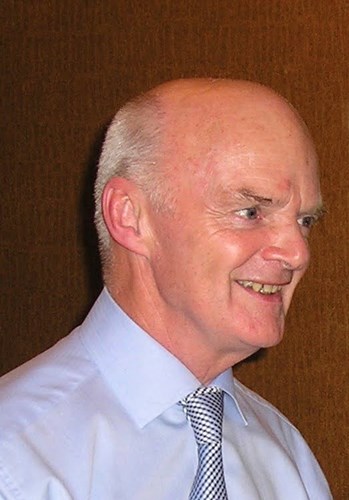