The Royal College of Surgeons of Edinburgh (RCSEd) has achieved a significant victory for patient safety and robust science, following a vigorous lobbying campaign which has led to MPs today (29 January) voting against plans that could have exposed patients to unethical, experimental treatments.

The Access to Medical Treatments (Innovation) Bill seeks to increase the speed and scope of medical innovation in England and Wales. However, its proposed methods to achieve this outcome have been based on the suggestion that litigation, or the fear of litigation, was significantly deterring medical professionals from trying new drugs and treatments - an idea not supported by evidence or practice.

Measures within the Bill would have allowed doctors to “depart from the existing range of accepted medical treatments as long as they obtained the view of another doctor”.  This would have significantly loosened the current checks and balances on untested and unproven treatments, which protect both patients and practitioners.

RCSEd worked extensively with MPs to raise our concerns over the potential effects on patient safety, and co-ordinated activity with medical charities and other Royal Colleges to ensure our concerns were raised as loudly as possible.

Thanks to this extensive lobbying, MP Mr Chris Heaton-Harris, who introduced the Bill to Parliament, has now asked that the sections of the Bill which would have undermined the current robust system, be removed. 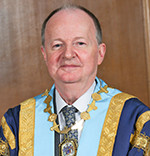 Mr Michael Lavelle Jones, RCSEd President, said “I am delighted that Mr Heaton-Harris and other MPs have listened to our real concerns and dropped these unwanted and unnecessary Clauses.

“There remains precious little evidence that litigation deters clinicians from trying new treatments. The existing legal and ethical framework provides clear guidance to clinicians, and undermining this framework would have presented a significant threat to patient safety.

“I am grateful for the support the College has received from MPs from all parties on this. RCSEd still has a number of reservations over the proposed Database of Innovations and the possible impacts this may have on quality and sound medical practice, but we look forward to working with MPs and the government on the next stages of the Bill, to ensure our voice is heard and the safety of patients is protected.”

RCSEd is committed to the global health priority of patient safety