Results of the 2021 RCSEd Council Elections

After a recent ballot of the College’s Members and Fellows, the College is pleased to announce the appointments to Council.

Mr Stuart Clark, Professor Robin Paton, and Mr Ahmed Nassef have all been re-elected for a further five-year term.

Miss Amanda McCabe and Professor Krishnakumar Madhavan have both been elected for a five-year term.

Mr Bassam Al-Kari and Sunil Kumar are demitting from Council after serving a one-year and five-year term.

Miss Amanda McCabe and Professor Krishnakumar Madhavan will take up their positions at the College’s Annual General Meeting on Friday 12 November 2021.

RCSEd President, Michael Griffin OBE, welcomes our new members and thanks those who are demitting office:

I am delighted that Stuart Clark, Robin Paton and Ahmed Nassef have all been re-elected to continue their work as Council Members for another 5-year term while welcoming our new Members, Amanda McCabe and Krishnakumar Madhavan. As we emerge from the pandemic, the work and expertise of those on Council, old and new, will be vital to help the College face the challenges ahead, such as NHS recovery, while continuing to support and nurture our College membership.

I would also like to mark the contribution of our demitting Council Members, Sunil Kumar and Bassam Al-Kari, and thank them for their tireless efforts during their term, which have been some of the most difficult times we, as both a College and profession, have faced in recent memory.

Miss Amanda McCabe FRCS(paeds) has been a consultant paediatric surgeon for 13 years, based at Ninewells Hospital Dundee and Royal Hospital for Children and Young Adults, Edinburgh. Her practice specialises in lower GI (Hirschsprungs disease and anorectal anomalies). During her career she has taken a keen interest in surgical training, with particular focus on basic skills and fine motor development. She examines for MRCS (UK and overseas) and FRCS(paeds) and chairs its question writing group. She is a member of the SAC for paediatric surgery and is current chair of Surgical Speciality Board (paed surg) at RCSEd. A keen gardener and dog walker with 2 teenage sons and a very understanding husband.

After advanced surgical training in the East of Scotland Higher Surgical Training Scheme,  he was appointed as Consultant Surgeon at the Royal Infirmary of Edinburgh, specializing in Hepatobiliary and pancreatic surgery and liver, kidney, and pancreas transplantation. While he held this position, he got deeply involved in RCSEd activities – mainly as Examiner for the FRCS examinations both in UK and overseas. He was also a regular tutor at the Basic Surgical Skills Course organised by RCSEd and was later sent as the College Convener for the same course in Oman. After joining the National University of Singapore, he represented RCSEd as a College Examiner until he reverted to a Singapore examiner. After having been appointed the College Auditor, he has stopped examining and taken part as auditor in the FRCS examinations of General Surgery, Neuro Surgery and Orthopaedics Surgery.

In addition, he has represented RCSEd in various College activities including Scientific Congresses and training courses. 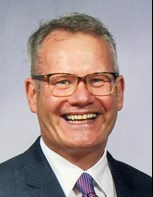 Professor Robin Paton is is a Consultant Orthopaedic Surgeon (with a special interest in Paediatric Orthopaedics) and is based at the Royal Blackburn Teaching Hospital. He holds an honorary chair at UCLAN and was awarded the King James IV Professorship in 2016. He has active involvement in the Intercollegiate and International FRCS (T & O) examinations, undergraduate/postgraduate education and research. A Fellow of the Faculty of Surgical Trainers, he has twice been voted the North West of England, Orthopaedic Trainer of the Year.