The Lay Advisory Committee (LAC) exists to contribute a non-clinical perspective to College decision making at every level.

The Committee provides advice from a lay perspective on core College activities, and on issues relating to surgery and healthcare. The LAC is primarily a lay, not a patient representative group.

The Lay Committee acts as a critical friend to the College, offering strategic advice from a non-institutional perspective.  The LAC has an advisory role and reports to the Council, the Chair of the LAC sits on Council.

The LAC remit covers the following:

The role of the lay representative is to combine being a supportive member of a decision making panel, providing independent guidance and constructive challenges to current ways of thinking. All lay members are invited to act as individuals rather than on behalf of outside organisations.

The members of the College's Lay Advisors' Committee are: 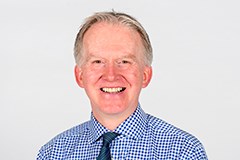 Mr Ian Adair is Chair of the Lay Advisors' Committee. He has been Headteacher of Inverkeithing High School in Fife since September 2016. Prior to that he was Headteacher of Whitburn Academy in West Lothian from 2007 to 2016. Ian is qualified as a teacher of Spanish, French and Media Studies.  He has been a member of LAC for almost ten years and has been Chair of the group for nearly seven years. 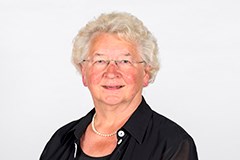 Patricia qualified as a nurse in London (pediatrics) and Edinburgh (general), and held clinical posts in Edinburgh before training as a nurse teacher. Following a degree in Architectural Studies and Psychology she held posts in Glasgow training nurse teachers, Queen Margaret College Edinburgh training Clinical Nurse Teachers and running the undergraduate degree programme. Followed by seven years as Principal of the Lothian College of Health Studies. Succeeding this she became Assistant Principal of Edinburgh Napier University, becoming a Professor in 1997 and retiring in 2005. 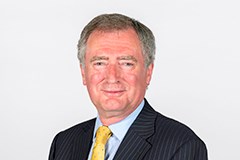 Wing Commander Bob Wright served for 37 years in the RAF, initially as a navigator on the Vulcan and Tornado GR1, then completing a succession of command, operational, staff, teaching and NATO tours in Germany, England, Saudi Arabia, Canada, Kuwait, the Netherlands and the USA.  Bob retired from the RAF in 2009 and subsequently held business and administrative posts in the Support Services at Edinburgh Napier University and latterly, director-level posts in the School of Health & Social Care at the University, focusing on enterprise, innovation, international business development and global healthcare.  Bob retired from the University in March 2018. 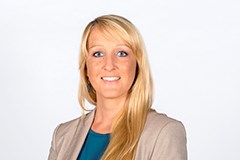 With a background in applied ethology, animal welfare, international development and education, Ashleigh currently works in a scientific advisory capacity as Global Animal Welfare Advisor for international NGO, Brooke, which is operational in South Asia, sub-Saharan Africa, Latin America and the Middle East.  She is a member of the International Society for Applied Ethology, Association for the Study of Animal Behaviour and Universities' Federation for Animal Welfare, a wildlife charity Trustee and a contributing writer for the Global Animal Network.  Alongside her interests in animal sciences, Ashleigh is also a member of the TEDxLondon Leadership Team and a mentor in academic and career mentorship programmes.  Having worked or travelled in more than 65 countries to date, Ashleigh has a personal and professional interest in international development, particularly healthcare infrastructure (both human and animal) and education in resource-poor contexts.  Joining the Lay Advisors’ Committee in June 2018, Ashleigh is now the lay representative on the College’s Global Surgery Foundation and Research Committee. 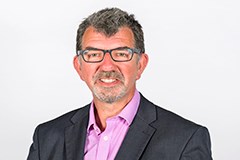 Chris has served as a Councillor on Darlington Borough Council since 1999, holding several post including Children Services, Resources and Lead for Economy and Regeneration. In terms of day job, shortly after completing a degree in Economics he joined the NHS, originally through the finance route, and undertook a number of senior roles over the last 25 years. He left the NHS in early 2017, with his last assignment being within a Commissioning Support Unit as Head of Service for Continuing Health Care across the north of England working for a number of CCGs.  Chris has worked as a Local Government Association Peer Member since 2007, latterly, and since leaving the NHS, undertaking a number of Prevention Matters assignments. Additionally Chris is a Non Executive Director for Durham Tees Valley Airport as well as Trustee of a local Multi Academy Trust. 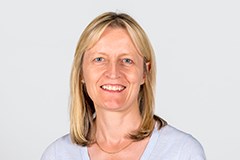 Janet has 20 years experience as a solicitor in the financial services industry, specialising in pensions law and taxation. Working for a global savings and investment provider, she currently leads a team providing advice and training to the business on legal and taxation developments affecting pensions and other savings products and related services. Prior to this she worked in private practice in the field of trusts and estate planning. 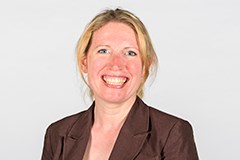 Annie Sorbie is a Lecturer in Medical Law and Ethics at the University of Edinburgh, School of Law, with a research and teaching portfolio, and a Deputy Director of the Mason Institute for Medicine, Life Sciences and the Law.  She is a medical lawyer by training (currently non-practising) with over 14 years’ experience in legal practice in the health, social care and regulatory sector (September 2001 – December 2015, Partner from 2009).  She has extensive experience of providing strategic advice on matters of health regulatory practice and policy, both in health and social care regulation, and also more widely within the NHS and private sectors.

Joe has been involved in national and international education, as teacher and learner, throughout his working life. Currently with a UK aid project, he advises on Science curriculum development in Northern Nigeria. Beforehand, he work closely in collaboration with NGOs and Ministry staff in Somalia to provide support and training for curricula modernisation. Such work left enough ‘down-time’ to study Art History with the Open University and HND Commercial Photography at college. Previously, Joe had a varied and interesting career in schools, teaching Science and ending up as Headteacher in two great comprehensives. He is passionate about our national health and education services.

After military service and his undergraduate degrees from Oxford University and Leicester DeMontfort, he read for the Bar at Nottingham Law School and was called as a Barrister of Lincolns Inn in 1998. He worked as an advocate until 2012 when he cross qualified as a Solicitor. Since then he has been principally occupied  in complex clinical cases and those frequently involving the Court of Protection (he is a registered Higher Courts Advocate) . He is a member of the Leeds and District Medico Legal Society and the London Medico-Legal Society as well as the institute of Medical Ethics. He lectures on the law relating to Human Tissue. 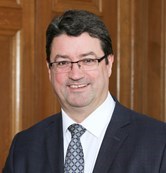 Is a Consultant HPB Surgeon and Professor of Surgical Sciences at the University of Edinburgh. Serving on the Council since 2009, he has been on numerous College committees and short life working groups. He organised the RCSEd Triennial Meeting in 2018, the annual President's Meetings held from 2013-2015, and the Lister Centenary Meeting in 2012. He has a significant interest in medical education and training and is currently Deputy Medical Director of NHS Education for Scotland (NES). Professor Parks is immediate past-President of the Association of Surgeons of Great Britain and Ireland (ASGBI) and the Great Britain and Ireland Hepato-Pancreato-Biliary Association (GBIHPBA). 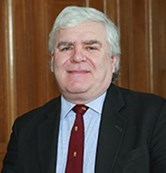 is a full-time NHS Consultant in Oral & Maxillofacial Surgery in Central Manchester. He was elected to Council in 2016. He is actively involved in examinations, education, the Regional Advisory Network, and International Medical Graduates. 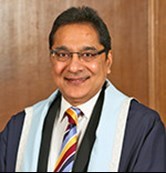 is a Consultant General Surgeon at Lister Hospital, Stevenage, and Honorary Senior Clinical Lecturer at University College London. He is currently Clinical Sub-Dean at the Cambridge Medical School, University of Cambridge. He was elected to the College Council in 2015 and currently a member of the College Standards and ESSQ Committee. His special interests include upper GI and laparoscopic surgery. He is actively involved in the medical education and training and has been a College examiner since 2010.