Principles of resuscitation and damage control in abdominal emergencies

This webinar aimed at medical undergraduates will provide an outline of the principles and practice of damage control resuscitation and surgery. 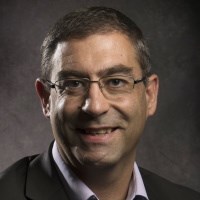 Mr John Taylor is a Consultant Trauma & Emergency surgeon at Aintree University Hospital in Liverpool and a Regional Surgical Advisor for the Mersey Region.

He completed his undergraduate medical training at Liverpool in 1993 alongside a degree in anatomy and went on to basic and specialist surgical training in the Mersey Region. Between basic and higher training, he undertook a research fellowship as the Price Fellow within the Department of Surgery, University of Louisville, Kentucy, under the supervision of the long-time Chair, Dr Hiram Polk Jr. From 2007 to 2014 he was a Consultant Vascular and General Surgeon at the North Devon District Hospital, before returning to Aintree.

He is also a Honorary Senior Lecturer at the University of Liverpool and curriculum lead for Acute Surgery as well as the Honorary President of the Liverpool Undergraduate Surgical Society, The Surgical Scousers. 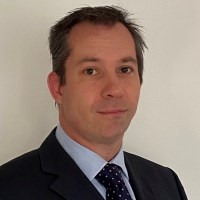 Mark Bignell graduated from St Bartholomew’s and the Royal London Medical school in 2001 and undertook his higher general surgical training in Wessex with a subspecialty interest in Colorectal surgery. He was awarded the ASGBI prize for outstanding performance at the Intercollegiate Examination in General Surgery in 2016. He undertook a fellowship in inflammatory bowel disease in Oxford before accepting a substantive consultant post at the same institution.