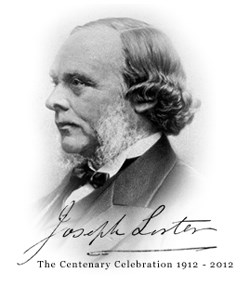 The Royal College of Surgeons of Edinburgh's Lister Centenary Celebration, in association with Johnson and Johnson Medical Companies, was a three day event, held from 9 to 11 February 2012, to commemorate the life and contribution of Lord Joseph Lister, 100 years after his death.

A former Fellow of RCSEd, Lord Lister was world-renowned for his groundbreaking work in the prevention of wound infection, which contributed greatly to the advancement of surgical standards and led to him becoming known as 'the father of modern surgery'.

The Lister Centenary Celebration was attended by over 400 surgeons from around the world who gathered at the Edinburgh College for an array of activities to commemorate Lister's achievements and legacy, including a programme of symposia and lectures which placed Lister's groundbreaking work in a contemporary context.

There was also a museum exhibition and conference dinner, as well as the closing event of the Celebration, the Grand Final of the UK-wide Lister Surgical Skills Competition.

RCSEd membership can view video lectures from the Lister Centenary Celebration by logging in and clicking here.