The College is pleased to announce the results of its recent RCSEd Council Elections. 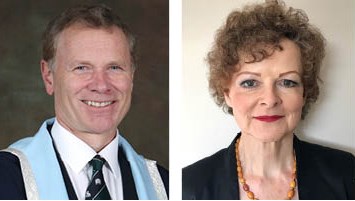 Mr Alastair Gibson has been re-elected for a further five year term. Mr Gibson is currently a Consultant Spinal Surgeon, practising in Edinburgh. He was first elected to Council in 2012. A College Examiner for eight years, he has diverse interests in clinical research and training, with specialist expertise in minimally invasive surgery.

Professor Janet Wilson has been elected for a five year term. Professor Wilson is Professor of Otolaryngology Head and Neck Surgery at Newcastle University and Honorary Consultant at Freeman Hospital, Newcastle upon Tyne.  Her subspecialty interests include voice, swallowing and patient reported outcomes development. She is an experienced College Examiner and Examiner Assessor, and a past adviser to women in surgical training.

Mr Gibson and Professor Wilson will take up their positions at the College’s Annual General Meeting on Friday 17 November 2017.

Mr Pala B Rajesh’s term of office will complete at the AGM.