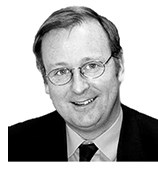 "Ken made an immense contribution to the College, with responsibility for the allocation of funds from 10 different categories of Fellowships, grants, bursaries and awards.

"In total, Ken oversaw 750 applications and 214 subsequent awards. Assessment of the large volume of submissions was a demanding task, but Ken was an excellent committee chair with a passion for promoting research.

"The College published four Research Reports during Ken's tenure, highlighting the quality and breadth of projects funded by the College which were frequently published in leading peer-review journals and presented at international conferences."

Professor Fearon was also Chair of the College’s Ophthalmology sub-committee and the Lorna Smith Charitable Trust Committee. Away from the RCSEd, Ken Fearon was Professor of Surgical Oncology at the University of Edinburgh, through which he established an international reputation in research in cancer cachexia and had many successful MD and PhD students. He published more than 200 peer-reviewed articles and held many international honours related to his research work. He was a key driver of Enhanced Recovery After Surgery and a founding member of the ERAS Society.

Kenneth Fearon studied medicine at the University of Glasgow where he graduated as the most distinguished student in his year in 1982. He entered surgical training and undertook research for a Doctorate of Medicine (awarded in 1986) with the oncologist Professor Sir Kenneth Calman, which ignited his interest in cancer and nutrition. His clinical training took place in Glasgow and he left there to join Professor Sir David Carter as a Senior Lecturer in the University of Edinburgh and honorary Consultant Surgeon at the Royal Infirmary of Edinburgh in 1989.

He is survived by his wife, Professor Marie Fallon and their two children.