Following the College's AGM on 18 November 2016, three new Council Members have taken up their positions. 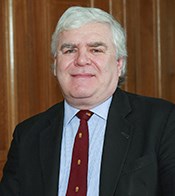 Mr Stuart Clark is a full time NHS Consultant in Oral & Maxillofacial Surgery in Central Manchester. He was elected to Council in 2016. He is actively involved in examinations, education, the Regional Adviser Network and International Medical Graduates.

Dr Sunil Kumar is a Senior Consultant and HOD Surgery in Tata Main Hospital, Jamshedpur, India, and an  FRCS/MRCS examiner for the College. In 2015, he was awarded the Excellence in Medical Education prize from  India’s National Board of Examinations. 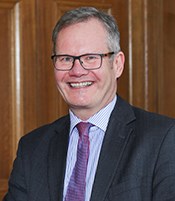 Professor Robin Paton is an Orthopaedic Surgeon with a special interest in Paediatric Orthopaedics and works in East Lancashire Hospitals NHS Trust. He qualified from the University of Glasgow in 1980 and underwent his surgical training in London, Manchester and Stuttgart. He is passionate on training and research: he has been voted the Orthopaedic North West Trainer of the Year twice by NWOTA and was awarded the King James IV Professorship in 2016.