This year's McKeown Lecture will be presented by Professor Mike Griffin OBE at the College's Audit Symposium on 15 April 2016.

The title of the lecture is 'It Is Important To Talk' and will explore the theme of communication with cancer patients. 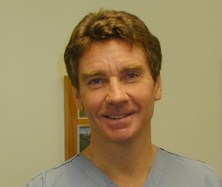 Professor Griffin OBE was appointed as Consultant Surgeon with an Upper GI interest at the Newcastle General Hospital in 1990 and developed the Northern Oesophago-Gastric Cancer Unit at the Newcastle General, setting up the first multi-disciplinary meeting for oesophago-gastric cancer in the United Kingdom in 1991. The unit moved to the Royal Victoria Infirmary, which has now expanded to include five dedicated oesophago-gastric cancer surgeons.  The unit is now the largest in Europe and North America.

He is a full-time NHS consultant but was awarded a personal Chair in Surgery at the University of Newcastle upon Tyne in 1999. He has championed the cause of specialisation and has been instrumental in the Improving Outcomes programme for oesophageal and stomach cancer by encouraging the centralisation of services in the United Kingdom.

He continues to provide both general surgical and specialty on call and his major commitment is cancer surgery and therapeutic endoscopy.  He has served on the SAC in General Surgery and was President of AUGIS from 2004-2006 and President of the European Society of Diseases of the Esophagus from 2011 to 2013.  He is Chairman of the Intercollegiate Specialty Board of Surgery and oversees all exit exams in the UK in General Surgery and has been an expert adviser to NICE, NCEPOD, NHS R&D and the Department of Health.  He has been responsible for many external reviews of cancer services throughout the UK and abroad and has published widely in the field of oesophago-gastric surgery holding visiting professorships in Europe, the United States and Asia. He was awarded an OBE for services to cancer healthcare in the 2013 Queen’s Birthday Honours list.