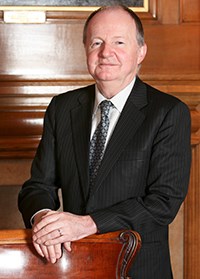 "I am grateful for the RCOG for conducting this survey into a relatively unknown form of professional misconduct.

"We know that the GMC’s annual survey of trainees regularly shows that surgeons, obstetricians and gynaecologists are the most dissatisfied, with bullying and undermining often cited as particular problems.

"Feedback from our own members has also highlighted the impact that such behaviours have on both those subjected to bullying and patient care.

"However, with 44% of RCOG’s respondents reporting being bullied or undermined by other consultants, with two thirds saying it lasted more than three years, it appears that such behaviours are more endemic and ingrained than previously thought.

"The Royal College of Surgeons of Edinburgh has a zero tolerance to all forms of undermining and bullying. We seek to promote a patient centred and mutually supportive working environment based on team working and professional development, so look forward to working with RCOG to tackle this problem at source.”