Martine Scott’s healthcare team helped her onto a physical activity programme shortly after undergoing an angioplasty following a heart attack.

Which members of your healthcare team suggested physical activity as part of the recovery process?

It was suggested initially by the staff in the Coronary Care Unit at Raigmore Hospital in Inverness, after having un-planned angioplasty for a blood clot that caused me to have a very unexpected heart attack. I was visited at my bedside by a cardio nurse who discussed the importance of exercise. She gave me a ’heart manual’ and CD which took me through a daily diary of a six-week recovery programme involving increasing levels of exercise, relaxation and other useful advice on medication. This was followed up by an expectation that after this six weeks, I would attend a cardio rehab programme led by the physiotherapists at my local hospital. Regular follow ups by telephone from her to me convinced me that cardio rehab was an absolute must. I felt very supported and positively encouraged at all times.

How soon did you begin this and what type of activity was involved?

I began home exercises immediately after discharge from the CCU (one hour) for six weeks and then started cardio rehab for 12 weeks (one hour per week). Initially it involved walking and stretching exercises with increasing repetition and time span to gain confidence and strength. Cardio rehab involved circuit training - this sounds like a military exercise, but it involved two minutes of a range of a fun, aerobic exercise for around 40 minutes – aerobic / CV exercise to music with a group of similar people who also had cardiac issues. After all that, there was a cool-down and relaxation phase. I found this invaluable from so many perspectives. I became aware of my own limitations and impending immobility with age and what I could do to improve my general fitness. It was fun too!

What kind of support or advice did you receive?

Anything I needed – lots of moral support from those in my group who were either at the beginning or end of their 12-week programme; medical support from the cardio nurse including direct access to appointments with the GP if required; the physios were aware of everyone’s individual needs and tailored the exercise to suit. I also felt part of a group which encouraged me to keep going. They pushed me hard and I responded well to that. They also knew if I felt unwell (and sometimes I did) that they could still support me by encouragement. As a result, I feel my self-confidence has improved to actually partake in exercise – it’s so simple to do – you don’t have to be a member of a gym. There are so many simple ways to exercise routinely and they showed me how.

Do you still exercise and, if so, what sort of activity do you do?

I’d like to say I can run marathons and cycle for miles (I could if I had time and wanted to, I suppose) but the honest truth is it’s the simple things that make me healthier - I walk briskly, park further away from where I need to be and take the stairs rather than the lift. I also swim once a week and if I don’t do that I have routine exercises I can do at home. I bought a cheap Zumba CD with hand weights and I love prancing around in the comfort of my own home – so there’s really no excuse!

How do you feel you’ve benefitted from this?

It sounds corny but I have been given a second chance. Ok, I had a heart attack – statistically, I shouldn’t have but I did. I know my heart is healthy and my arteries are fine. It could have been a lot worse. However, I owe it to myself to stay healthy for as long as I can. I’ve benefitted from my experience on a lot of levels. I’ve learned to co-ordinate my limbs enough to do Zumba for goodness sake! It makes me wonder what else I can do. 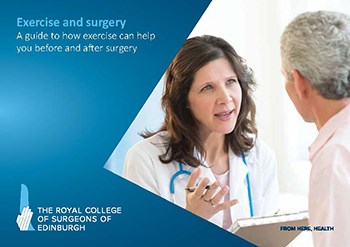